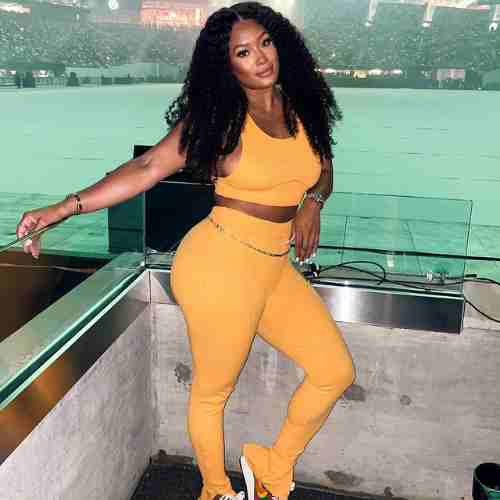 Crystal Hayslett (well-known as a well-kumm actress) is best known for playing “Fatima”, on the BET comedy-drama Sistas. Tyler Perry produced and conceived the show. BET premiered the show’s inaugural season in October 2011. The channel has renewed the show for another season. Watch bio to find out more about Crystal Hayslett.

Crystal Hayslett was raised in Martin, Tennessee. Crystal is also an executive producer. Due to her previous appearances, Crystal has gained considerable notoriety. She was a part of the films “The 5th Wave”, and “Sleepless”. Tyler Perry’s film “Acrimony” also featured her. She is also an actress and producer.

Crystal Hayslett has not been identified as her father or mother. She has other siblings. Boo! She is a costume designer for Boo! During auditions for small acting roles, she relied on Atlanta-based family and friends to support her.

Crystal Hayslett is how old? She was 39 years old when she was born in Atlanta, GA, on October 18, 1980. After watching the series, she became active in the entertainment industry. She also had the opportunity to work with Sistas on BET.

Famous for her work as a model and costume designer

Fatima was a famous part in the movie

Is Crystal Hayslett dating? At this moment she is single. According to her past dating history it is not publicly available.

Crystal Hayslett Married? She is not married and has not revealed anything about her romantic life as of 2021. She is enjoying her single existence to the fullest.

Crystal Hayslett made a career out of acting by appearing in school plays and local theatre productions. At age 12, she was discovered through talent agencies and received her big break. She has always been passionate about acting, ever since she was a child.

Crystal Hayslett has a net worth of how much? Her main source income comes from acting. After graduating with honors from the University of Tennessee in Tennessee, she moved into Washington D.C. to work on Capitol Hill as the United States Senator. Her net worth as of 2021 is $2 million.